‘Partner-Proxy’ Relations: a Theoretical Debate – I

The ‘proxy’ or ‘patron’ character of Cuban-Soviet relations (1975-1980) is much commented upon. It becomes difficult to identify, as reliable information of a strictly military nature is not easily available. Where such a relationship exists, the parties concerned are loath to admit it. The major partner does not like to advertise its domination and control, while the junior partner is reticent to acknowledge its subordination or succumbing to coercion. Moreover, there are some conceptual difficulties as to how much influence a ‘patron’ wields over its ‘proxy’. When does a ‘proxy’ act in its own interests as opposed to that of its ‘patron’, and what are the ‘national’ or ‘real’ interests of different political players? Furthermore, ‘proxies’ are not a homogenous group but are differentiated by critical differences in function and tasks.

The Cubans, North Koreans, East Germans and other East European nations, all in various capacities, were performing specialised roles and functions in Africa during the period under discussion here. In the case of Cuba, its African exploits cover, besides strict combat roles, the added function of a “civic soldier.”[1] In Central America, they concentrated more on providing arms, training and propaganda support to various leftist factions (particularly to the former Sandinista regime in Nicaragua and opposing leftist factions in El Salvador)[2]. The East Germans, for their part, were mainly involved in a training and advisory capacity, especially pertaining to intelligence and security-type functions. As far as South Yemen was concerned, it served only one function, i.e., to provide base facilities. North Korea relied on providing military advisory teams, and, finally, other members of the Eastern bloc (Czechoslovakia, Hungary, Bulgaria and Poland) specialised in provision of diverse military functions, ranging from training and support to provision of weapons and internal security. [3]

It is necessary to operationalise the concept of a ‘proxy’ for better understanding. Military interventions in the coming decades, if any, may increase in scope and frequency, and often take on a more direct dimension.[4] The Big Powers will want to influence the outcome of internal conflicts in different developing nations by having recourse to such multiple instruments as intelligence activities, international fronts, special cultural activities, overt and covert propaganda, provision of arms and logistical support, direct military and political support and advisory training in the countries contiguous to the conflict, deployment of large military formations in aid of local states, and internal security training and assistance.[5] 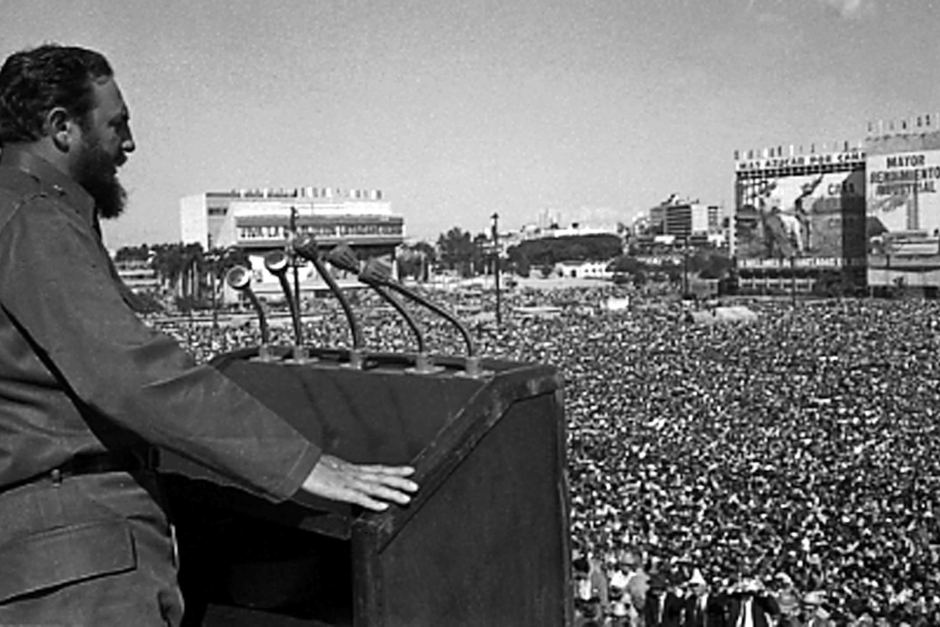 ‘Proxy’ is defined in the Oxford dictionary as “the authority or power to act for others”. This definition raises the questions: who asks whom to act, and for whom? Why does one ask someone else to act for oneself and when? Why and when does one side agree to act as a ‘proxy’? And why should there be any need of any ‘proxy’? By implication, ‘proxy’ means that: (1) One party requests another to act on its behalf because it cannot or does not want to act for itself in that particular situation; (2) there is some earlier existing relationship between the two; (3) the relationship would develop further whether the appeal is accepted or rejected, and (4) if it did not entail reward or coercion, the ‘proxy’ would not act of its own accord. Related to these, it is noteworthy to distinguish between two kinds of ‘proxies’: one, which is coerced to act against its own free will, and the other, which agrees to act voluntarily as a ‘proxy’ because it has some interest in doing so. Three types of voluntary ‘proxies’ can thus be differentiated. Firstly, those whose reasons for acting in a specific war are based on a conflict with a local adversary; secondly, a ‘proxy’ power that has no direct interest in either a specific adversary or a specific war but may act due to the importance of the relationship with its patron power, and the third is a ‘proxy’ that has neither any interest in the specific adversary nor a specific war nor relationship with the patron, but may expect some payoffs/rewards in exchange for its acquiescence.[6]

‘Proxy’ [7] per se has been a term much used in the Cold War in the vocabulary of international relations. While ‘proxy’ behaviour is not a new phenomenon in conflict among nations, it came into vogue as a political term after World War II, post-war developments making ‘proxy’ an especially employable term for a variety of reasons. In the first place, with the advent of nuclear weapons and the consequent fear of a strategic nuclear exchange, the chances of a direct confrontation between the two superpowers receded. Secondly, ‘proxies’, if not suiting the interests of the superpowers, could be easily disposed off. Thirdly, it was the superpowers that had the capability, interest, and the will to arm these ‘proxies’. States functioning as ‘proxies’ often chose to identify with a super or major power for economic and security reasons. Lately, however, some middle-ranking powers have also attempted to cultivate and promote ‘proxies’. And finally, with the resurgence of nationalism, especially in the Third World, the use of direct military threat and intervention by the superpowers provokes resentment and condemnation. Hence, one way to circumvent criticism is for the superpower to act indirectly through its intermediaries or ‘proxy’ forces to further its global interests.

More specifically, it would be germane to list some of the imperatives as to why the then Soviet Union needed the support of allies or ‘proxies’. The reasons are that allied or ‘proxy’ participation reduced the economic cost, the political costs were minimised domestically, and in the international community, cooperation and skill from others were needed to curtail costs and effectively perform the assigned job. And, finally, there was shared responsibility among the partners should the war turn out to be long drawn out. [8]

Much of the conceptual ambiguity of the term arises from a failure to distinguish between ‘proxy’ as a classification of an interstate relationship (e.g., X is a ‘proxy’ of Y), and ‘proxy’ as a mode of strategic manoeuvre (e.g., X intervened in Y through a

[8] The subsequent theoretical discussion of ‘proxy’ behaviour is drawn from an excellent analysis done by Christopher Lamb: “The Nature of Proxy Warfare” in William J. Taylor Jr. and Steven Maaranen: The Future of Conflict in the 1980s (Lexington, Mass,  Lexington Books, 1982, pp. 169-170).

‘proxy’). When one uses the term ‘proxy’ in terms of a bilateral relationship between two states it means the following:

In this categorisation, Libya, South Yemen, Vietnam and Cuba were then listed as Soviet ‘proxies’ [9]. The other, ‘proxy’ as a strategic manoeuvre, is what a South African journalist called the Angolan civil war: “a spreading war by proxy between China and Russia.” [10]

However, in the case of ‘proxy’ as a strategic manoeuvre, it leads to a less restrictive definition. Although there is still the element of concern to cater to the principal partner’s preponderant interest and collusive behaviour for intervention, it does not necessarily follow that the ‘patron’ can or will control the ‘proxy’. It is instructive to differentiate between a ‘proxy’ and an ‘ally’. In the case of the latter, there is a perceived commonality of interests or objectives combined with an element of a voluntary and willing cooperation.

According to Walter Laqueur, the use of ‘proxies’ has been the most interesting, innovative, and, on the whole, “the most effective technique the Soviets ha[d] employed in the Third World.”[11] As mentioned above, one way of indirect intervention is not to act alone but to delegate responsibility to someone else, entirely or in part. In the words of Vanneman and James:

In a proxy war the armed forces of one nation serve the interest of another nation…The principal power is the sponsor in the sense that its material support makes the venture possible and its clear disapproval would seriously deter the proxy from embarking on the venture. [12]

The extant literature speaks of these types of relationships in different and sometimes confusing terminology. A country that intervenes on behalf of a superpower is, for example, sometimes characterised as a ‘tool’, ‘puppet’, ‘satellite’, ‘surrogate’, ‘agent’, ‘pawn’, or, using a milder expression, its ‘client’. Although there are many turns of the expression used by both the superpowers, the most common and frequently used in professional literature was “proxy” or “satellite”.

It is proper here to highlight the difference between a ‘satellite’ and a ‘proxy’, thought by some scholars to be synonymous. While ‘satellite’ nations like East Germany then performed many functions like those of ‘surrogates’ or ‘proxies’, viz., training missions, intelligence functions and internal security for some Third World countries (the Middle East and Africa), their form and the nature of the relationship was quite distinct from a ‘proxy’. ‘Proxy’ states have the option to terminate the relationship with their ‘patron’ or ‘principal’ whenever desired, and, in addition, wield more leverage than the

‘satellites’.[13] As an illustration, it was difficult for any of the Eastern Bloc members and Afghanistan (which until the 1980s formed a part of the Soviet security zone) to openly defy the Soviet military hegemony. On the other hand, ‘proxies’ (if used in the commonly ascribed meanings) can threaten disengagement and thus enjoy greater leverage over their patron power in matters of foreign policy, the classic example being that of Cuba.

[13] However, even these “satellites” appear to pursue within limits their own economic and political interests in Africa, and sometimes are even in competition with each other. For an elaboration of this point of view see Bruce E. Arlinghaus: Military Development in Africa: The Political and Economic Risks of Arms Transfers (Boulder, Colo., Westview Press, 1984, p.35).1n addition, also see in the same context, Joseph P. Smaldone: “Soviet and Chinese Military aid and Arms Transfers to Africa: A Contextual Analysis”, in Warren Weinstein and Thomas H. Henrikson Eds: Soviet and Chinese Aid in African Nations (New York: Praeger Publishers, 1980, pp. 76-116). Further, also see Jay Ross: “North Korean Advisors Arrive to Train Force in Zimbabwe”, Washington Post, August 11, 1981, and “Zimbabwe: Follies of the Fifth Brigade”, The Economist, London, October 30, 1982, pp. 48-49.