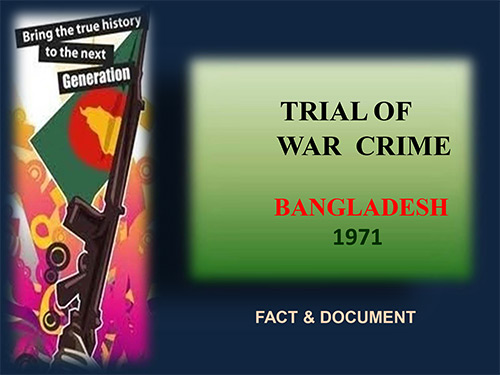 This new year was preceded by the 49th anniversary of the bloody birth of Bangladesh out of the ashes of East Pakistan on December 16, 1971. That was the date the Pakistan army surrendered in Dhaka. This cataclysmic and tragic event in Pakistan’s history has been hidden from succeeding generations in the remaining (West) Pakistan. Even the Hamoodur Rehman Commission Report on the event remains to be released in the public domain (occasional excerpts in foreign publications over the years notwithstanding). The reasons are not hard to seek.

General Yahya Khan’s martial law regime that came to power as a result of the 6-7 months’ mass agitation in both wings of the country against the Ayub regime must be credited initially with better sense or at least recognition of what was necessary to defuse the situation after that unprecedented uprising. First and foremost, the Yahya regime repealed the One Unit scheme promulgated in the 1956 Constitution. This measure had not only abolished the erstwhile provinces in West Pakistan, it also introduced the ‘principle’ of parity between the two wings in terms of representation in parliament. That meant depreciating the majority vote of East Pakistan, which had at least 54 percent of the population of united Pakistan in 1947 when independence was achieved. Abrogation of One Unit resurrected the four provinces of Punjab, Sindh, NWFP (now Khyber Pakhtunkhwa, KP) and Balochistan. The Yahya regime restored the time honoured principle of one man, one vote for the 1970 general elections. It also made peace with the nationalist insurgency in Balochistan. However, the Yahya martial law regime was also extremely harsh with the working class, peasantry, students and protestors who had led the movement against Ayub.

The Yahya regime’s expectation of a hung parliament emerging out of the December 7, 1970 general elections was totally upturned by Sheikh Mujibur Rehman’s Awami League’s (AL’s) sweeping all but two seats of the National Assembly in East Pakistan, assisted no doubt by Maulana Bhashani’s National Awami Party’s (NAP’s) error of boycotting what turned out to be the first (and arguably only) free and fair election in Pakistan’s history, as well as the loss of 3-500,000 lives in East Pakistan to a devastating cyclone on November 12, 1970. The Yahya regime’s mishandling of the relief effort further alienated the East Pakistani populace. This added to the earlier fears about East Pakistan’s defence, badly exposed as virtually non-existent in the 1965 war with India.

In West Pakistan, Zulfikar Ali Bhutto’s Pakistan People’s Party won majorities in Punjab and Sindh, with a NAP (Wali)-Jamiat-e-Ulema-i-Islam coalition triumphant in NWFP (now KP) and Balochistan. Yahya balked at transferring power to the winning party, AL, and intrigued with Bhutto to deny the results of the 1970 elections. Things came to a head when Yahya on March 1, 1971, postponed indefinitely the National Assembly session. Inevitably, protests broke out in East Pakistan. On March 7, 1971, the country held its breath as Sheikh Mujib was to address a huge rally at Paltan Maidan in Dhaka. His supporters of all persuasions were convinced he would declare the independence of East Pakistan. As it turned out, they were disappointed when Mujib stopped short of their expectations and only referred in general terms to the struggle for ‘freedom’.

On March 25, 1971, in the face of swelling mass agitation against the Yahya regime’s tactics of forestalling the ascent to power of Mujib, a military crackdown of horrific and genocidal proportions was launched in East Pakistan, resulting in some one million people killed over nine months (see the accompanying pictorial folder). Guerrilla resistance was mounted by Bengali nationalists who had fled to India because of the bloody crackdown from the platform of the Mukti Bahini. Eventually, India intervened on December 3, 1971, and the Pakistan army contingent surrendered on December 16, 1971.

Rationally, any country suffering such a catstrophic defeat would be expected to introspect to learn what went wrong. Instead, the military unceremoniously removed Yahya and installed Bhutto as President and the first (and hopefully last) civilian martial law administrator. Although Bhutto ordered the Hamoodur Rehman Commission Report, he suppressed it after it was delivered to his government. Successive generations, especially the youth, are not informed of this history or how or why East Pakistan broke away to re-emerge as Bangladesh.

The hope is that this brief and entirely inadequate presentation (including the pictorial folder) will educate and inform today’s youth on the issue and ignite in them a desire to learn more about this episode and similar ones in our history (at least as far as military crackdowns/operations against people’s movements are concerned).